A bit of Scruton Historical Research reveals that some of the wealth of the Coore Family may have been directly attributable to the plantation owning slave trade. An extract of an article about North Yorkshire estates associated with the slave trade states. 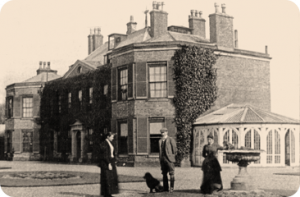 Although Scruton Hall was demolished in 1953, the legacy of the Coore family can still be seen in the village today. The house was once owned by Foster Lechmere Coore, who was from a Liverpool merchant family and owned estates in Jamaica. He became connected to Yorkshire after his marriage to the daughter of Henry Gale, then the owner of Scruton Hall. As Coore’s wife, Harriet, was her father’s only child, the Scruton estate passed to her and the village became associated with the Coore name rather than the Gales.

Coore was one of the main beneficiaries of a scheme to pay compensation to plantation owners after slavery was abolished – he was one of the trustees of an estate called Pembroke in Trelawney, Jamaica and received the largest share. The estate was thought to have been owned by his half-brother before his death.

Larger estates and better known properties funded by plantation generated wealth include Harewood Hall (Lascelles family), Nunnington Hall (Rutson family), Carlton Hall, Richmond (Moulton Barrett Family), and many others. Many of these families became conscientious landlords and philanthropic benefactors to the local communities. For instance the Thirsk Mechanics Institute was built by Sir William Payne-Gallwey in 1848. He was the son of the governor of the Leeward Islands, one of the Caribbean economies that depended on slavery, and his family owned slaves and plantations on St Kitts.

If anyone has done any other research or come across information on these connections, I would be interested to hear about it.