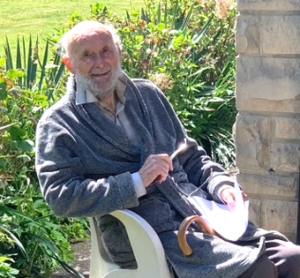 Happy Birthday to Scruton resident Alan Moore who was 101 years young on 19th May. Alan’s war record is most remarkable. He was part of the small force left behind in Dunkirk to hold back the Germans whilst the majority of our troops were evacuated from the beach. Alan was taken prisoner and forced to march to a POW camp in Poland where he remained until liberated by the Allies

Alan, Hilda and daughter Gill send their thanks to everyone for their cards and good wishes on Alan’s Birthday.

Posted in News and tagged ww2