Descendants of Henry Hutchinson, Scruton’s Station Master in the 1920s, visited Scruton in August and were amazed to see the renovations to the once derelict building where Henry worked and lived with his wife Edith and four children, two of whom were born and educated in Scruton. 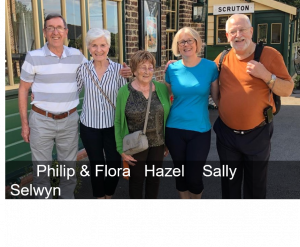